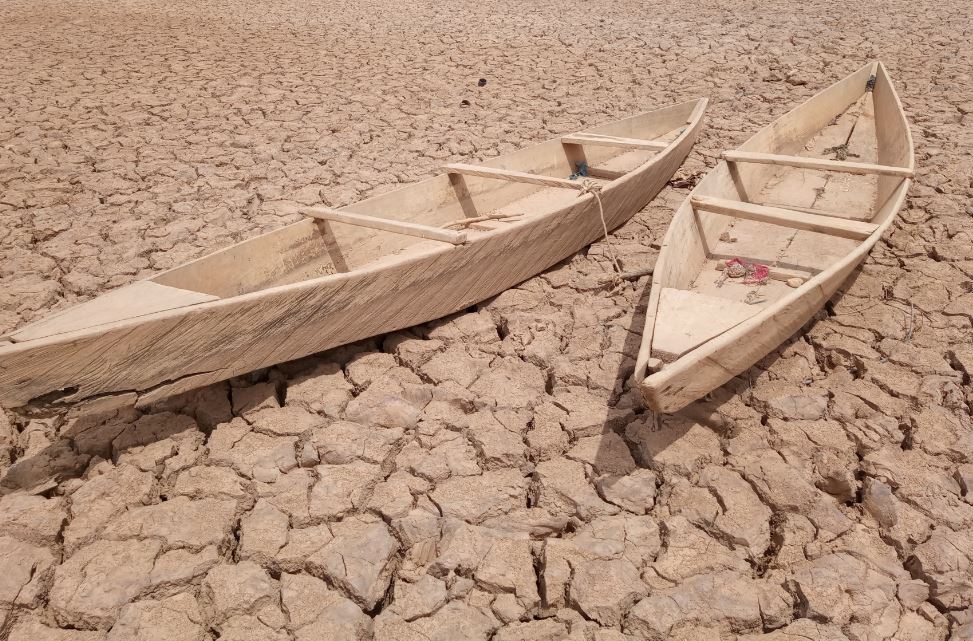 If you're a trader in an investment bank, and you failed to answer headhunter calls throughout the first and second quarters of 2021, you may have mistimed the market. With banks warning that 2021's trading revenues are likely to be substantially down on last year's, some headhunters are already warning that the hiring market has taken a turn for the worse.

"In a normal year, you can ask for a 10% to 20% premium for a flat move to a similarly placed firm," says one London macro headhunter, speaking on condition of anonymity. "In the past few weeks, I've started to see the first few candidates willing to move for amounts that are either equal or discounted to their pay for 2020. - They know that they got an outside number for 2020, and that revenues this year are not stacking up."

The cautionary tone comes after Citigroup guided that second quarter sales and trading revenues are likely to be down 30% on last year in the second quarter, and after Morgan Stanley indicated that its own sales and trading revenues could be down nearly 40%. In a report out last week, JPMorgan's banking analysts said that revenues across the front office are likely to fall in both 2021 and 2022, although they should remain above the pre-pandemic levels of 2019.

Some areas are affected more than others. Rates, commodities and FX revenues (i.e. macro desks) are likely to be down 20% this year according to JPMorgan. Credit and leveraged finance desks are still expected to perform well, as are equity derivatives following last year's divided-related losses. The chart below shows JPMorgan's revenue predictions by product.

The superior outlook for credit traders is reflected in their ongoing ability to command big pay rises. Kumaran Surenthirathas, MD at Rosehill Search, says some of the most profitable credit traders are still able to negotiate uplifts of over 30% and that hiring in the credit space remains historically busy. "Banks have money to burn," says a rival credit headhunter.

Equity derivatives traders, too, are hot, although one headhunter in the area said most people are moving for "market rates" and that compensation isn't the only factor incentivising moves. - Following Archegos, it's as much about the strength of the prime business and the opportunity to work for a stronger franchise or in a role with more visibility.

In macro, it doesn't help that hedge funds were impacted by last weeks' unexpected hawkishness from the Federal Reserve. After buoying the hiring market for the past year, recruiters say macro hedge funds too may therefore be less likely to recruit from now on. The question for macro traders globally, then, is whether to jump to a new role and lock-in last year's pay in the process, or to sit tight and hope you're not paid down.

Ultimately, JPMorgan expects macro revenues to grow again as central bank policy normalization drives volatility. However, with very low single digit growth expected in both 2022 and 2023 following this year's 22% decline, 2020 may have been as good as it gets.

On the other hand, credit and equity derivatives traders appear to be peaking in 2021. Traders who switch jobs in these areas should continue to command big pay rises for the next few months, at the very least. 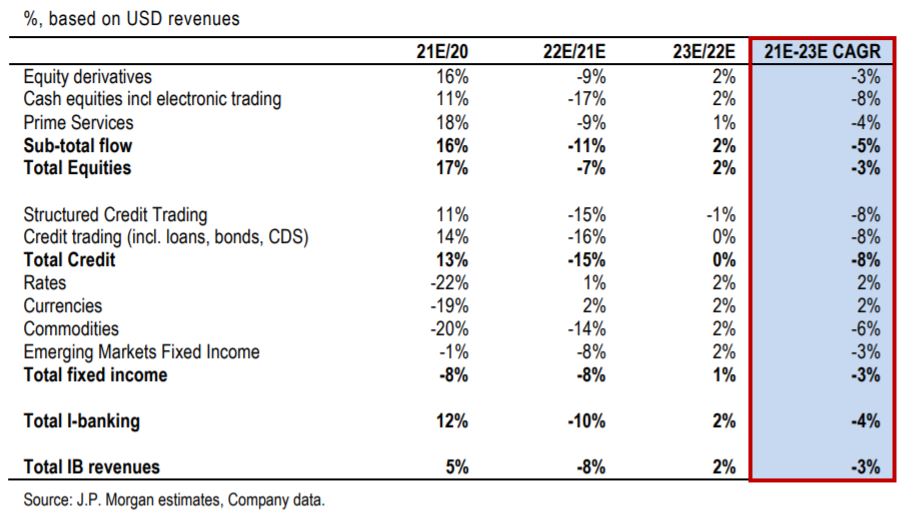