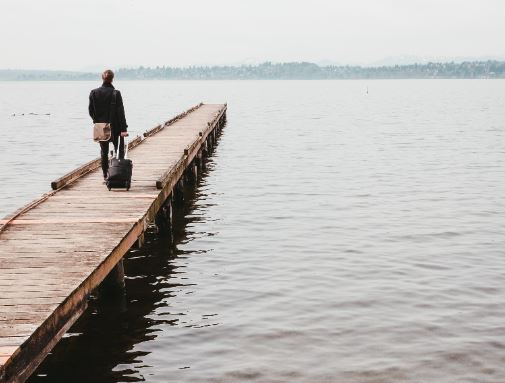 It's the perennial question: if you work in consulting, will you get to have more free time than if you work in investment banking? Historically we've suggested that the answer might be yes. However, a new piece of research published in the Journal of Business and Social Science Review by Erin Shirtz, a former consultant at Deloitte and MA student at the University of Chicago, suggests this might be wishful thinking.

Shirtz interviewed 21 consultants at four of the top firms in the U.S. and found that many complained of long hours, coupled with a grueling travel schedule.

"I love this job. I would do it forever if it was more of a normal job in terms of hours, but it never will be. Partners still don't have complete control over their schedules and are working 60 hours a week," complained one entry-level consultant. Another observed that work on some projects can go on until 10am, 11pm or 12am at night.

If you're a junior banker receiving emails asking why you're not working at 3am, this might seem reasonable, but consultants are also expected to spend a lot of time travelling to and working at client sites. Travel requirements don't appear to fade with seniority (ie. you can't just get the juniors to travel for you). "I became a manager, and once you're in that role, you have a lot more visibility into what it's like to be a partner, and I just looked at their lives and thought I don't want what they have," said one former consultant. "They are working just as hard as me, if not more. They're traveling just as much as me, if not more."

Female consultants in particular told Shirtz that the role is almost impossible to combine with family life. Consulting clients are hugely demanding and can expect consultants to arrive on site at short notice. "All of a sudden, I'm having to work 14 hours today, and I wasn't expecting I was going to," said one female consultant, adding that the unpredictability is harder for women than men.

Ultimately, some female consultants sacrificed their own careers to become primary care givers while their higher earning spouses focused on advancement instead. "[My husband] had been elected partner…so it didn't really make sense for him to then take a step back," said one, explaining her decision to quit.

Others switched to internal roles where they supported other teams instead of working directly with clients. One female consultant explained that she did this to fit in with her investment banker husband after having a baby. "I thought I was going to leave consulting, but finding a [internal] role that really energized me and felt more manageable to me was a real win-win for me," she explained. However, Shirtz found also found these internal roles, which eliminate travel and bring more mangaeable hours result in lower pay, a less structured career path, 'performance ambiguity' and social isolation.

Photo by Gordon Plant on Unsplash