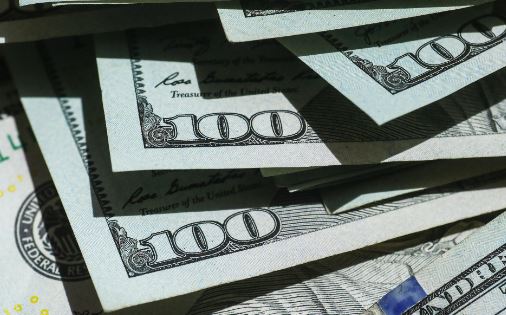 It might not be the best strategy in the long term, it might not be foolproof, and it’s certainly not the most dignified way to improve your compensation package, but old-fashioned whining is certainly one tool in the kit and if the timing is right, it can work.  Associates at Apollo Global Management are reportedly being offered an extra $200k or so as an out-of-cycle special bonus, conditional on them staying at the firm until at least September 2022.

Business Insider reported yesterday that Apollo is offering the retention bonuses of $100k, $150k and $200k to its first year, second year and third year associates. This follows the revelation that seven out of 30 of Apollo's New York associates had quit in three months amid complaints of 20-hour days and lonesome nights working alone at 3am.

Apollo's associate departures didn't seem to be about a lack of money. One former associate told Business Insider he'd reached the conclusion that the lifestyle was just too toxic: "I thought, 'I don't want to be spending my time doing this. I don't care how much you pay me.'" Nonetheless, the firm seems to have doubled down on pay under new CEO Marc Rowan: first year associates who were previously paid $450k, will now get $550k instead.

The pay rises mark a change of tone on last week. Then, the Apollo top brass were blustering that “some of the ones who resigned were underperformers” and making convoluted calculations to try and show that turnover was not out of the ordinary.  It seems that after a bit of due diligence, they’ve conceded that there is an actual problem, and they were at risk of losing people they wanted to keep.

According to insiders, not all the associates have been offered the money - or at least, not yet.  That might mean that they’re focusing it on people they want to keep, or it might mean that the program is being rolled out progressively – it appears that Matt Nord and David Sambur, the co-heads of private equity, are making the phone calls personally.  Presumably they’re taking the opportunity to have a “we really care” conversation, as it seemed that a lot of the problem was not so much the physical discomfort as the growing sense among the associates that nobody respected their time.

It’s interesting nonetheless that Apollo have offered money, rather than more weekend protection, shorter pitch books, Peloton bikes or a really special mindfulness podcast. That’s sending a couple of messages.  Most obviously, it’s a flex.  It’s easy to say how great business is and to give enthusiastic interviews about the volume of business, but being able to deal with your junior staff problems by chucking a few million dollars at them is a significantly more credible signal.

It also puts a bit of pressure on private equity competitors who might have significantly larger associate classes and who might have made promises about cost-cutting to their shareholders.  There’s been a tension in the industry since the 2020 bonus pools were announced, as CEOs across the industry were trying to tell one audience that business had never been better, but tell another audience who read the same newspapers to look forward to a mediocre payout.  If Apollo are sharing the wealth, should we be looking for more generous accruals in the Q1 accounts?

But most importantly of all, the money sends a message to the employees who take it.  That message is that the stuff about sleep and disrespectful bosses and family time was mainly for show.  If you can be bought off in your late 20s for a chunky six figures, you’ve made your choice – it’s no good talking about work-life balance or ESG principles ten years later: people will just assume you’re asking to be bought off for seven figures.  Anyone who got into one of the most coveted posts in the financial services industry has made their deal with the devil; Apollo is handing out the money mainly to remind them that the contract doesn’t provide a mechanism for you to get your soul back.

Elsewhere, juniors at Goldman Sachs are notoriously competitive, and it’s beginning to feel like some of that spirit is creeping into the interviews that they’re giving with journalists.  It is all beginning to get a bit Monty Python – “you had 11pm Zoom calls? We used to dream of being given a 256 page pitch book to format at midnight on Saturday. I was allowed to close my eyes for ten seconds every third bank holiday. If there wasn’t a deal on”.

Here’s a real point. If someone has, as these new anecdotes claim, lost five kilos in weight and gone for days without showering, while living in their house, that’s not because they were being given too many DCF models that they literally didn’t have time.  It’s much more likely to be an early symptom of a mental health issue.  And something like that is worryingly likely to go untreated at the moment because nobody’s in the office and there aren’t any colleagues around to notice that someone’s a bit smelly.  It’s not necessarily the absolute quantity of work that’s the problem here, or even necessarily the way it’s scheduled – it’s the fact that upward communication from the lowest levels of the org charts is only happening via anonymous surveys of the whole group, not individual and informal interactions between human beings.

After having made big cuts in 2019 in the early stages of the business plan, Deutsche is now back in the recruitment market in Asia ECM; a headhunter is working with them to make as many as a dozen hires. It doesn’t seem to be quite a matter of hiring back the people you got rid of, though – the rebuilt franchise will be focused on SPACs and tech, two of Deutsche’s speciality sectors. (Bloomberg)

Bored or resentful? Not feeling it with the wellness app? Grudge against your boss? Why not blow the whistle on all your firm’s misdeeds?  The FCA have launched a publicity campaign to encourage more informants; apparently they had expected reports to increase as remote working took off, but in fact the opposite happened. (Financial News)

UBS’ lawyer in the French tax case wants to make it clear that it’s not about the money, although they are also appealing the fine.  It’s “first and foremost defending the honor of those who work and have worked there”.  (Bloomberg)

For some people, the dream hedge fund job involves being able to bask in the admiration of the sell-side because you work for a firm with huge AuM. But there’s also a lot to be said for being an international man of mystery, with a firm that’s only got eight figures under management, if most of them are your own and your partners and if you’re well-connected enough to bring the mega-players into your activist trades.  Marco Taricco even let his daughter call the fund “Bluebell”, which you have to admit is cool. (FT)

Drink tea to project “zen like calm” and don’t worry if your pet Labrador crashes into your online job interview, according to a job-search coaching expert. (WSJ)

Photo by Giorgio Trovato on Unsplash