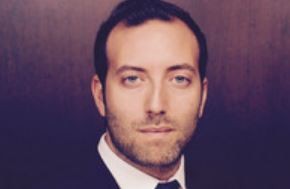 It's not easy being Credit Suisse now. As well as the financial loss and the brand damage, one of the costs of an episode like Greensill or Archegos is the disruption it causes to all the rest of your business.  Therefore, having spent a lot of money on setting up Arini Credit Strategies as a vehicle for the talents of its star trader, Hamza Lemssouguer and some more to bring in Jeysson Abergel from Blackrock to work with him, Credit Suisse Asset Management have now had to deliver the bad news that all things considered, they don’t think it’s the right time to be launching the new fund after all.

It’s not entirely clear what the reason for the delay is.  It could be that CS have changed their risk management processes and need some time to sign off.  It could be that in the wake of Greensill in particular, clients have been less receptive to the marketing message.  It’s just as likely, though, that the current turmoil and management turnover has just sucked all the oxygen out of the room, and nobody has spare capacity to do all the things required to do justice to what was meant to be a hotly anticipated fund launch.

So far both the company and Mr Lemssouguer are refusing to comment, so it’s not known how he took the news.  The last time we came across Lemssouguer was January 2020 when he was working on Credit Suisse's high yield desk and supposedly generating $120m in revenues a year. He’s been a recognized star at Credit Suisse since 2015, and one that they seem to have had problems holding on to. Bloomberg says that last year Lemssouguer was ready to move to Ken Griffin's hedge fund Citadel and that Credit Suisse lured him back - presumably with the unusual offer of setting up a new fund under CSAM now that proprietary trading within banks is banned. Lemssouguer might want to give Griffin a call this morning.

Meanwhile, Jeysson Abergel’s is also presumably regretting his decision to resign as head of European leveraged finance trading at Blackrock to join Lemssouguer.  What he lacks in job security, however,  Abergel more than compensates for in suave stylishness. His Soundcloud features a photograph of him with a loosened tie, reaching out to grasp a beam of light and looking like a cross between Scarface and a potential winner in the Most French Looking Guy of 2021 competition. Like Lemssouguer, Abergel is one of France's finest: he studied a master in finance at ISC Paris and began his career at UBS before moving to Goldman Sachs and briefly becoming a credit trader at Steve Cohen's SAC Capital.

If and when Lemssouguer's fund launches, it will clearly be very French, very intellectual and quite possibly very profitable.  If it doesn’t launch, then it’s unlikely that the two protagonists will stay on the bench for long.  Arini Capital was just in the wrong place at the wrong time.

Elsewhere, we’re sure that the Bloomberg chatroom banter in London, Milan and Madrid has been intense this week, as people castigate their counterparties at JPMorgan for the bank’s involvement in financing the breakaway European Super League of top soccer clubs, which now appears to be faltering after UK clubs got cold feet.  There may have been more than the usual number of fingers pointed by Manchester United fans, as the club’s executive vice-chairman is Ed Woodward, a former JPM investment banker.

Woodward has apparently resigned. Manchester United are suggesting that this is nothing to do with the rapidly disintegrating super-league proposal and that the JPMorgan connection is coincidental.  But it might be hard to persuade people not to see a connection; investment bankers are not always popular at the best of times, and transactions like this are not good for public trust.

In theory, moving senior management out to Hong Kong makes sense in the context of a “pivot to Asia”.  However, rumors have it that for a region that has historically enjoyed a high degree of independence, the imminent arrival of some expensive Westerners and their staff is not being met with unalloyed joy.  As well as worrying about bureaucracy and second guessing of decisions, the guardians of the Asian bonus pool are apparently complaining about the cost of the relocation packages. Guy Guyett has already tried to make it clear that the relocation isn’t an implicit criticism, but it looks like a lot more smoothing of feathers may be needed. (Bloomberg)

Bank of America is a “work from office company” according to Brian Moynihan at its shareholder meeting.  Worldwide decisions are being made on a case-by-case basis, but US employees should expect to be returning after Labor Day. (Charlotte Business Journal)

If you thought GameStop was a bit silly and undignified, the joke cryptocurrency Dogecoin now has a bigger market capitalisation than many SP500 constituents, seemingly because retail traders thought it would be funny if the price ran up to 4.20 on the 20th of April. (Bloomberg)

The UK has launched its call for evidence in the review of the “ring-fencing” rule separating retail banking from everything else.  Of most interest to investment bankers, potentially, is the fact that the panel is also instructed to review whether the ban on proprietary trading is achieving anything (FT)

Goldman Sachs has published statistics on ethnic diversity in its annual sustainability report; David Solomon is calling it a “personal priority” to improve things (Bloomberg)

When the going gets tough – equities traders increased their use of “high touch” services and human beings during volatile conditions when they were working from home according to a JP Morgan survey. (The Trade)