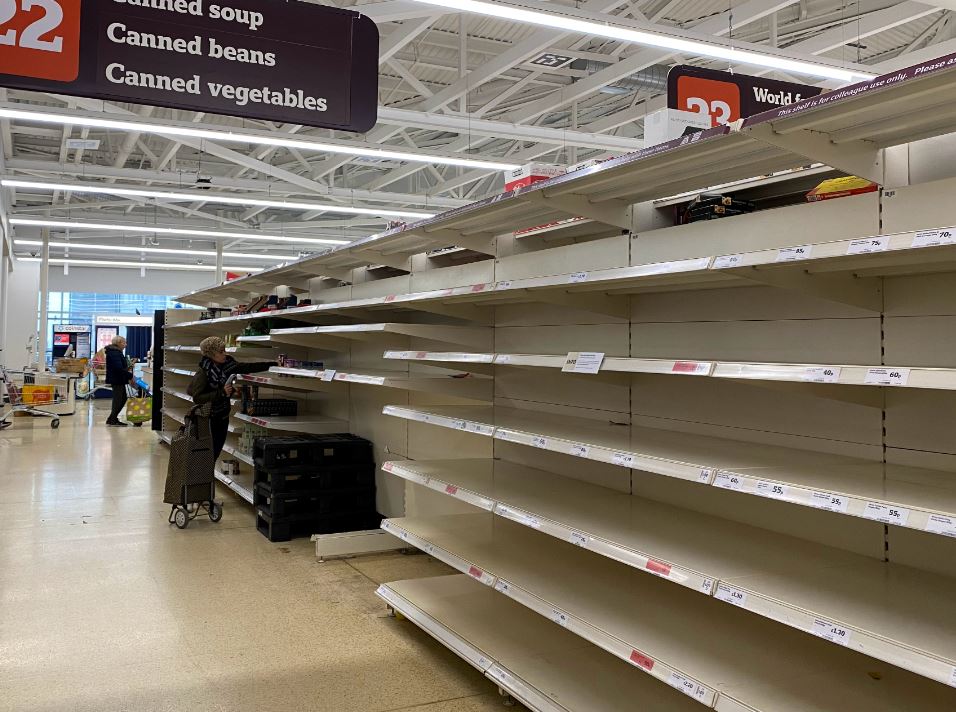 The shelves are empty at the Commodities Futures Trading Commission

As Donald Trump once said “there’s gonna be so much winning, you’re gonna get tired of winning”.  He might have been talking about derivatives trading, where such a problem does exist.  It’s called “counterparty risk”, and it’s the risk that if your trade goes too well for you, your profits might be so big that your counterparty goes bust and you don’t get paid.  One former Deutsche Bank employee seems to be in the middle of a particularly bizarre version of Donald Trump’s problem.

It’s all to do with the Commodities Futures Trading Commission (CFTC) and their whistleblower program.  Under the Dodd-Frank Act, whistleblowers are entitled to claim “between 10% and 30%” of the penalties and settlements reached as a result of their information.  The CFTC’s program has historically been quite modest – most of the settlements it has reached since 2010 have been in the low millions, and the payouts comparatively modest.

Then along came LIBOR.  It’s not clear exactly which whistle the (unnamed) Deutsche executive blew, and for a while it seemed that the regulators didn’t actually find his information very useful; the majority of the CFTC’s evidence came from a couple of Wall Street Journal investigations and the documents disclosed by Deutsche itself.  However, with some help from a specialist lawyer, the banker got himself certified as entitled to a share of the $800m settlement that Deutsche reached with the CFTC.

And that’s the problem.  The CFTC whistleblower program is expected to be self-supporting – it’s paid out of the proceeds of the fines.  But the size of the program is capped at $100m, with any excess fines the CFTC collects passed back the US Treasury.  Nobody expected that it would ever have to write a check heading for nine figures, which would deplete the account completely.  And nobody seems to have noticed that if the account is drained, it will take a long time to build it back, as the CFTC doesn’t get many $800m settlements in the ordinary course of events. Therefore, no one wants to pay the whistleblower - or at least they don't want to pay that much.

It gets better.  As well as the awards themselves, the $100m CFTC reserve account has to be used to pay the staff who administer the program; if the pot is empty, they will have to be furloughed.  So the current state of play appears to be that if the mystery Deutsche banker gets his payday, then not only will a number of other whistleblowers whose cases are currently going through the system be out of luck, but the program itself will have nobody to answer the phone to future calls.

David Kovel, the lawyer for the executive in question, has understandably responded to this quandary with a polite but emphatic “so what, pay up”.  Just like an investment banking employer, the CFTC knows that it has to maintain its credibility as a payer if it’s going to recruit whistleblowers in future and the Deutsche Bank guy “paid a very high price, personally and professionally” according to his lawyer.  But it seems that, highly ironically, one of the few people to really profit from LIBOR might end up having to take a modest haircut on his expectations.

Elsewhere, somewhere thirty thousand feet up in the air there are between 30 and 40 JPMorgan investment bankers reclining their seats and wondering when they’re next going to get a decent night’s sleep.  They’re mainly taking internal flights in the USA to locations where lockdowns aren’t too severe, which suggests that they might not be getting a great meal when they arrive either.

According to Jim Casey, the co-head of global IBD at JPMorgan, these lucky bankers are carrying the torch for post-pandemic client contact. “Business travel has picked up as people become more comfortable,” says Casey, and “You’re not winning new business without in-person connectivity”. Comfortable or otherwise, though the 40 bankers have little choice.  If nothing else, there’s the sheer flex of being in the small group whose travel is considered essential – with people like Ken Moelis distinguishing between “commodity travel” and “real relationship builders”, who wants to signal that they’re a commodity?

Restructuring is always a destabilising experience.  HSBC’s US business has lost its head of equities, head of credit trading and as many as ten credit traders.  According to a spokesman this doesn’t reflect a business line being closed down – they are “looking to grow the team” and “actively hiring”.  However, the U.S. bonus pool for trading was cut last year and senior staff “not given awards” – it might be the case that even though “the Americas is an important market for our trading business”, the bank may have wanted to right size the compensation pool rather than retain the actual individuals. (Bloomberg)

It’s not turning into a great week for banker mayors.  Ray McGuire of Citigroup didn’t get the New York Times’ endorsement for his run, despite a long and detailed interview … (New York Times)

… While Andy Preston, former hedge fund manager of Preston Capital, is “denying wrongdoing” and refusing to step down as Mayor of Middlesbrough. (City AM)

“Those of us that could do it and would do it did do better. I’m a believer that hard work matters, showing up matters — and all of those things should be differentiators”.  Brad Levy, the new CEO of Symphony, doesn’t sound very sympathetic to junior banker overwork, although he does say that he’d rather have everyone “working at 90 all the time, rather than going to 180 then dropping to 50”. (Financial News)

Could Puerto Rico be the next Miami for hedge fund bros? (Bloomberg)

It seems that the less they see of their top management, the better the Financial Conduct Authority’s staff like them.  After having serious morale problems in past years, the lockdown edition of the annual employee survey finds them in significantly more positive mood (Financial News)

If one of your colleagues keeps going to the bathroom and coming back with a smile on his face, he might just be running a popular finance meme Instagram account.  That’s what the mystery banker behind “@Litquidity” did; he’s now quit his job with an optimistic-sounding plan to parlay his meme fame into raising capital for an actual hedge fund.  (Intelligencer)

Photo by John Cameron on Unsplash