Morning Coffee: UBS cuts bankers while Andrea Orcel chases his money. Return to the cubicle for analysts and associates 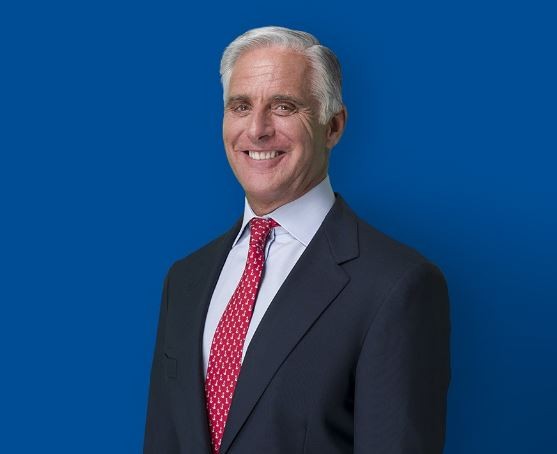 Some bad news from UBS yesterday evening, where it appears that Ralph Hamers’ first round of job cuts are broadly hitting the investment bank and wealth management arm, plus the domestic Swiss operations.  The company isn’t commenting, but there are apparently “at least a dozen” gone in both advisory and sales & trading, including Managing Directors as well as junior employees.  Five MDs and an unspecified number of Executive Directors have also been cut in wealth management.

It’s not quite clear what implication we should draw from the shape of the cuts.  Overall, the majority of the $300m restructuring charge taken in the Q1 accounts appears to be earmarked for the consequences (or benefits, if you’re a shareholder) of a new digital strategy, “with the bulk at the corporate centre”.  But the senior investment banking redundancies announced were apparently “roles that almost exclusively served the wealth unit’s clients”.

Investment banking roles which mainly serve wealth management clients suggests that these may have been family office teams.  Which in turn makes it hard not to speculate that at least some issues might have been related to Archegos.  After all, although it fared better than Credit Suisse UBS did lose $774m and cut the bonus pool accordingly.  That’s the sort of thing that would have generated headlines in a quieter news quarter.  UBS hasn’t publicly blamed anyone over the loss, and was widely perceived to have got off lightly and handled things well, but it would have been common sense for the bank to review its overall positioning in the family office space.

Whatever the reasons for the cuts, or the prospects for the next three years of Mr Hamers’ business transformation plan, though, it’s likely that UBS employees will be talking tomorrow about the Andrea Orcel / Santander case, which is going to be hitting the Madrid courts next week.  One question that they might consider is this – how much is Andrea Orcel’s reputation worth?

Even after a reduction in the size of his claim against Santander, Mr Orcel is still asking the court for €10m for “reputational damage”, a sum of money only slightly less than the €11m claim for lost earnings (revised due to his getting the Unicredit CEO job).  What’s the implied DCF here? It is, in our view, hard to say that Brand Orcel is substantially impaired.  He has, after all, now got a CEO post with a national champion bank, and his former colleagues still want to work for him.  His Wikipedia page is glowing and he got Lunch With The FT.  He had to miss Davos for two years, but one of them was cancelled anyway.

It would be entirely plausible to argue that Andrea Orcel’s reputation has been enhanced by sticking to his guns and fighting Santander on a point of principle (and money). It’s certainly not fallen by more than ten per cent.  On which basis, he must be arguing that his brand value is at least €100m.  Seems high, but if a comedy dog is worth $61bn, it might not be unreasonable in today’s market.

Elsewhere, at advisory boutique PJ Solomon they appear to have considered the pros and cons of flexible working for junior bankers and reached a sensible compromise – if they come into the office five days a week, they can do the other two from home.  As with so many other banks, the partners at PJ have concluded that the kids need to be in the physical presence of the masters in order to learn the soft skills of schmoozing and cajoling.

The masters themselves, on the other hand, aren’t necessarily so keen.  Some of them like living in Greenwich more than they like the commute, and the pandemic has both shown that banks can make “enormous” savings on real estate while facilitating more meetings in a day for IPO roadshows.

PJ Solomon is busy refitting its offices for the new world. "More cubicle space" is reportedly being created for the younger employees who'll be there most of the time, while "more collaboration space" is presumably intended for the senior people who'll spend more time sitting at home. Juniors may find that while they are sitting in more spacious cubicles, they are getting most of their face time over Zoom with MDs who are either at home with their chickens, or (more likely) on the road visiting clients.  The vice-presidents have been given the job of making this system work – they’re the “connective tissue” in the new model.  As a way of teaching junior bankers the most important lesson of all; that you need to reach the top in order to have a life worth living, it’s hard to beat.

The JP Morgan succession battle has now effectively fired the starting gun.  Dan Pinto has become sole President and COO with the retirement of Gordon Smith, while Marianne Lake and Jennifer Piepszak are now going to be co-heads of the retail banking operations.  Jamie Dimon and the board say that he will be staying for “a significant number of years”.  (WSJ)

After the weekend’s story about Tom Montag’s management style, Brian Moynihan has come out to support him saying “It is not a cultural problem and Tom has done a great job driving that business”. (Bloomberg)

Lord Paul Myners is apparently a believer that in banking, there’s no such thing as a firm that’s got such a bad reputation that it’s not worth taking the recruiter’s call.  Despite having strongly criticised Greensill, he responded to an informal inquiry by asking what the role and compensation package were like.  According to the Lord, he “never once considered” taking it, though. (FT)

A group of money managers who supported Donald Trump are offering “unwoke” ETFs, boycotting Facebook and Apple so that people with different politics from the average ESG manager can also express their views instead of buying shares to go up. (WSJ)

Sequoia Capital is building out its VC footprint outside the US, hiring Anas Biad from Silver Lake to be its third partner in Europe. (Sifted)

If you’re getting divorced and you think your spouse has hidden some of their wealth in Bitcoin, the advice is to sit tight and wait for them to show signs of spending it, rather than snooping their email account. (FT)