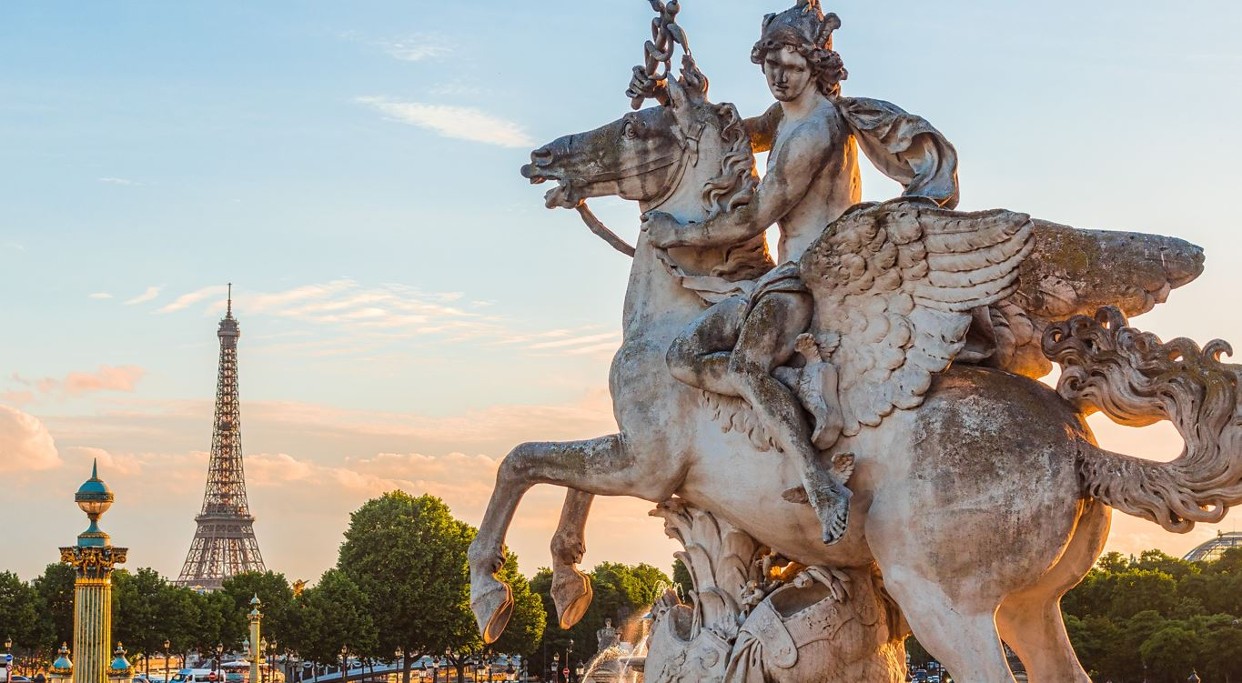 For those who didn't notice, JPMorgan is now all about Paris. Jamie Dimon was in the French capital yesterday, pressing the flesh in a non-socially distanced way with the French president and saying things like, "“All European trading, which is stocks, bonds, and derivatives will be going through here [Paris]" and that the Paris office, which has six trading floors, is the "trading hub" for the bank.

As we reported earlier, Dimon also said that JPM wants 800 people in Paris - which is more than 710 it seems to have room for. Once, we might have suggested this would be a problem: London bankers haven't been all that keen on moving to Paris, but now that the Paris office is up and running, occupants seem to be having a pretty good time.

"It's incredible here," says one JPM trader who moved to Paris after years with the bank in London. "There's really no comparison to Canary Wharf."

Although Dimon only christened the new office at Place du Marché Saint-Honoré yesterday, insiders say it's actually been open for a while and that traders have been working there full time for months. They've therefore had ample time to realize its benefits.

The biggest of these is location. While Canary Wharf is isolated in a banking enclave of East London, Place du Marché Saint-Honoré is in central Paris, within walking distance of places like the Jardin du Palais Royal and the Jardin des Tuileries.

"The office is very central and there are loads of restaurants, cafes and bars on the square outside," enthuses the trader. "It's a very eclectic scene - you mix with more than just bankers and lawyers here."

While Canary Wharf is usually accessed by train if you live outside the Isle of Dogs, he says Place du Marché Saint-Honoré  is eminently walkable. "Within 10 minutes, you can walk to the Louvre or the Musée de l'Orangerie. I can leave my desk at 6.30pm, have a drink and be in time for a 7pm performance."

It helps, too, that the new JPMorgan office has been kitted-out with standing desks and the best in contemporary office furnishings.

"Don't get me wrong," says the trader. "I loved my years in the Wharf, but honestly - this is a significant lifestyle enhancement."

Photo by Les Corpographes on Unsplash