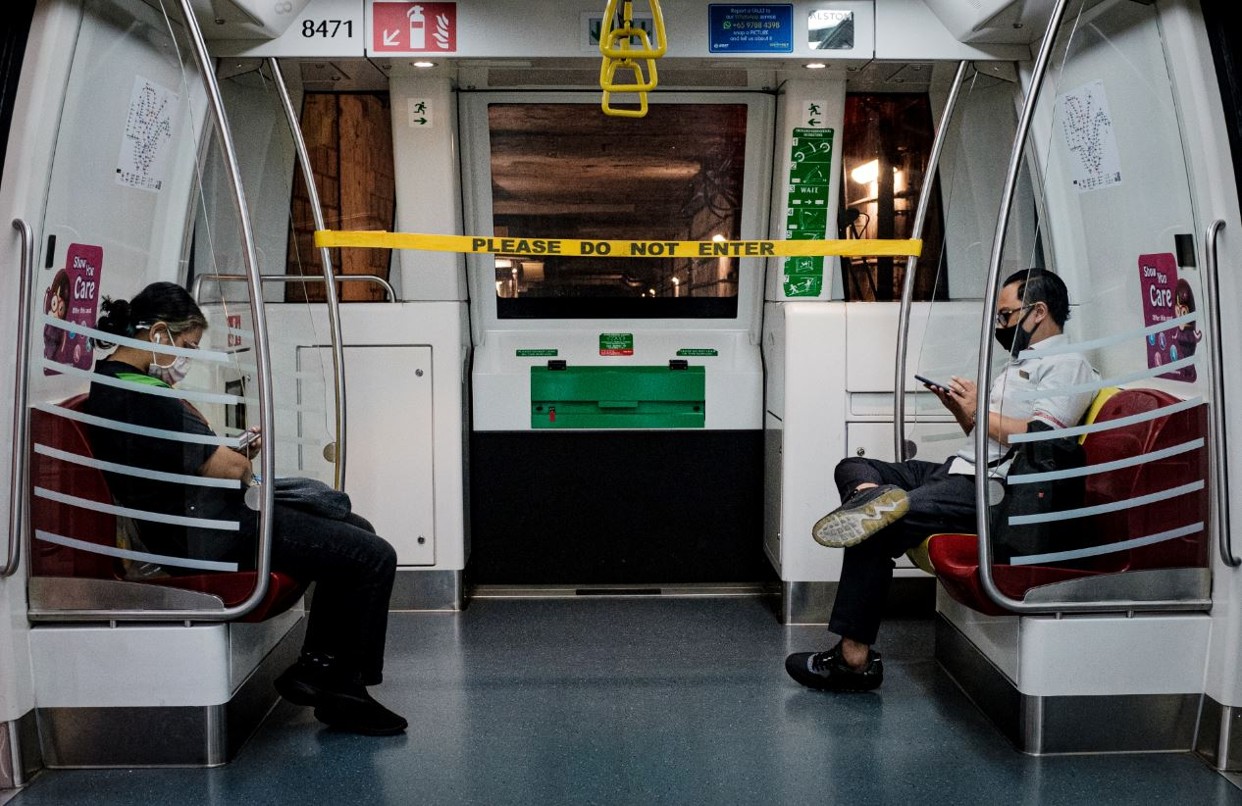 Ahead of his trial next week, expat finance professionals in Singapore are showing no sympathy for Benjamin Glynn, the anti-mask advocate and former PageGroup recruiter.

In a video widely shared on Facebook, Glynn was filmed telling fellow MRT train passengers that, “I will never wear a mask”. He also allegedly threatened to “drop” two police officers and adopted a “boxing stance” while addressing them. The Briton has previously turned up to court without a mask, despite Singapore law mandating that masks must be worn outside the home. He faces two charges under the Covid-19 (Temporary Measures) Act, as well as one count each of harassment and being a public nuisance.

Glynn’s actions have already sparked outrage among locals, but many expats are equally upset. “The fact that someone doesn’t like using a mask doesn't give that person the right not to use it and put other people at risk from Covid. And taking into account how easily the Delta variant seems to spread, I think that mandatory masking is still a sound policy,” says a European banker.

The Singapore government has repeatedly said that complusory mask wearing will be one of the final rules to be removed as it relaxes current Covid restrictions in the coming weeks and months.

“Speaking for myself and many of my friends in the expat community, the wearing of masks is a sound policy, and every little helps to stop the spread of Covid,” says a British finance recruiter. “I have a family member currently very sick and suffering with the Covid Delta variant back in the UK, so I know it's no laughing matter,” he adds. The UK has suffered 1,892 deaths per million people; Singapore has experienced six deaths per million.

Foreign professionals in Singapore have sought to distance themselves from Glynn. “This chap doesn’t represent Western expats in any way or form. From what I’ve seen, his demeanor and attitude were appalling,” says the recruiter.

“The expats I know all comply and wear masks. Irrespective of what we think about mask wearing, it's the law and we're supposed to follow it,” says a senior American technologist working for a global bank. “The way I see it, he could have left the country and saved himself a lot of grief. I think this guy is an outlier. I expect him to get tossed into prison first before they kick him out and ban his re-entry forever. He’ll be lucky if gets away with a monetary fine only,” he adds.

A young expat has similar opinions to his more senior counterparts. “I haven't seen any difference between locals and expats when it comes to mask wearing rules. I don't mind wearing one. It’s a bit uncomfortable to wear for long periods, but I feel like I’m also seeing the upside from generally falling sick less often,” he adds.

Singapore has already taken a tough line on foreigners who have broken its Covid laws. Last year a several British expats were barred from working in the country after breaking lockdown to drink together.

PageGroup confirmed that Glynn is no longer working for the recruitment firm. “PageGroup does not support any of the comments made by the individual and takes rules surrounding the Coronavirus pandemic incredibly seriously in all our businesses around the world. We follow the advice of local authorities, and it is company policy that our employees do the same,” says a spokesperson.

Photo by Christian Chen on Unsplash