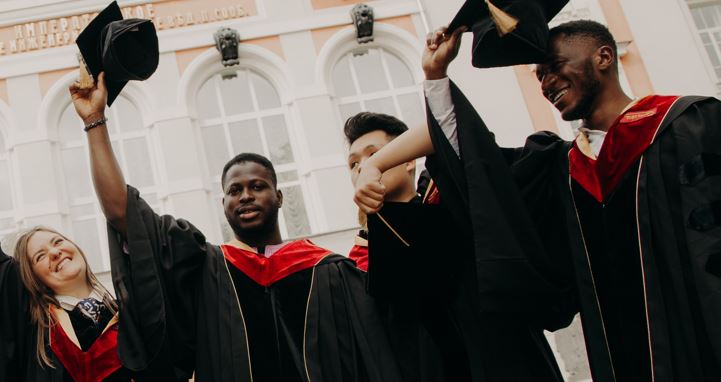 Can you get into banking if you haven't studied at a Russell Group University in the U.K. or an Ivy League College in the U.S.? - If you have good but not pristine academic qualifications? - And if you miss-time the campus recruiting timeline  and fail to get the right array of internships at the right moments? In the past, the answer was usually no. Now, the answer can more often be yes.

As banks seek to widen their intakes, some students are being given a second chance. Young people who might have been disregarded in the past are being offered places on summer internships. That includes internships in the front office.  - Goldman's London securities interns last summer included a marketing student from a university in Africa alongside the standard array of students from schools like the London School of Economics students and HEC Paris.

This year, an array of investment banks participated in the 10,000 black interns program. The favourable application ratio created some notable success stories. Financial News reports on two students who went through the program and who found jobs after exhausting other channels. -  21-year-old Ami Ophelia-Brown, who graduated with a first-class degree in economics from the University of Northampton in 2021, made 300 applications without getting anywhere before 10,000 black interns enabled her to find an internship with an executive search firm. Gold Oyelade, a 22 year-old South Londoner with a sociology degree from Warwick University made similarly fruitless applications before landing an internship with Evercore.

While students unable to apply through the scheme might complain, 10,000 black interns is one of many programs globally that's reducing barriers to entry in the finance industry. “Impostor syndrome can be a big thing,” Ophelia-Brown told Financial News. “Not many people that I know that are my age in Edmonton work in the City. I didn’t go to a Russell Group university either, I didn’t go to a great secondary school..." Students need to know they can do whatever they want, she added: “Trust yourself and trust that you’re meant to be there, and you’re there for a reason.”

Separately, for anyone wondering why Facebook and Instagram were down for so long yesterday, the definitive explanation is provided here on Cloudflare's blog: it appears to have been the result of a Border Gateway Protocol (BGP) update. In the ensuing chaos, various bank staff and bank technology staff were seen trolling Facebook employees on Blind Forums (along with people at just about every other big tech firm). "Is the person who broke Facebook going to get wrecked?" asked someone at Bloomberg; most people at Facebook said no - they were just sitting back, drinking coffee.

Vis Raghavan, chief executive officer for Europe, the Middle East and Africa at JPMorgan, says: "The talent pool in the city has started to dwindle as more professionals relocate to Europe and elsewhere...This fragmentation does not bode well, especially for the financial industry.” (Bloomberg)

Raghavan says it's a good time to work in equities and M&A: “Equity volumes in both cash and derivatives are still high and that momentum looks set to continue...M&A activity has been at a record and that shows no sign of abating.” Credit and rates trades are “normalizing to pre-covid levels.” (Bloomberg)

Berthold Fürst, the global head of M&A at Deutsche Bank, says the M&A boom is only just beginning: "I see the current activity as the beginning of a multi-year upward cycle in M&A. I expect increased activity in the years to come." ESG standard are helping to drive transactions, he added. (Handelsblatt)

It's a bad time to be an oil and gas banker. European banks are dropping clients that pose a climate risk rather than face the possibility of higher capital requirements. (Bloomberg)

KPMG's 582 partners received £572k this year, down from £640k last year. The firm is paying partners less in order to invest in the business. (The Times)

PWC is coaching employees about the menopause. "Some existing employees say they were experiencing symptoms, but they had no idea. They thought they were going mad, they just didn't know." (Daily Mail)

Citadel now has more employees in New York than Chicago. And Ken Griffin says people who don't go into the office early in their careers are making a “grave mistake.” (Yahoo)

Griffin said rising crime in Chicago is a problem and that Citadel's security staff have been targeted. (Chicago Business)

Richard Sasse, the most employable person on LinkedIn. (LinkedIn)

Photo by RUT MIIT on Unsplash