Bank by bank, this is what we know about hiring now 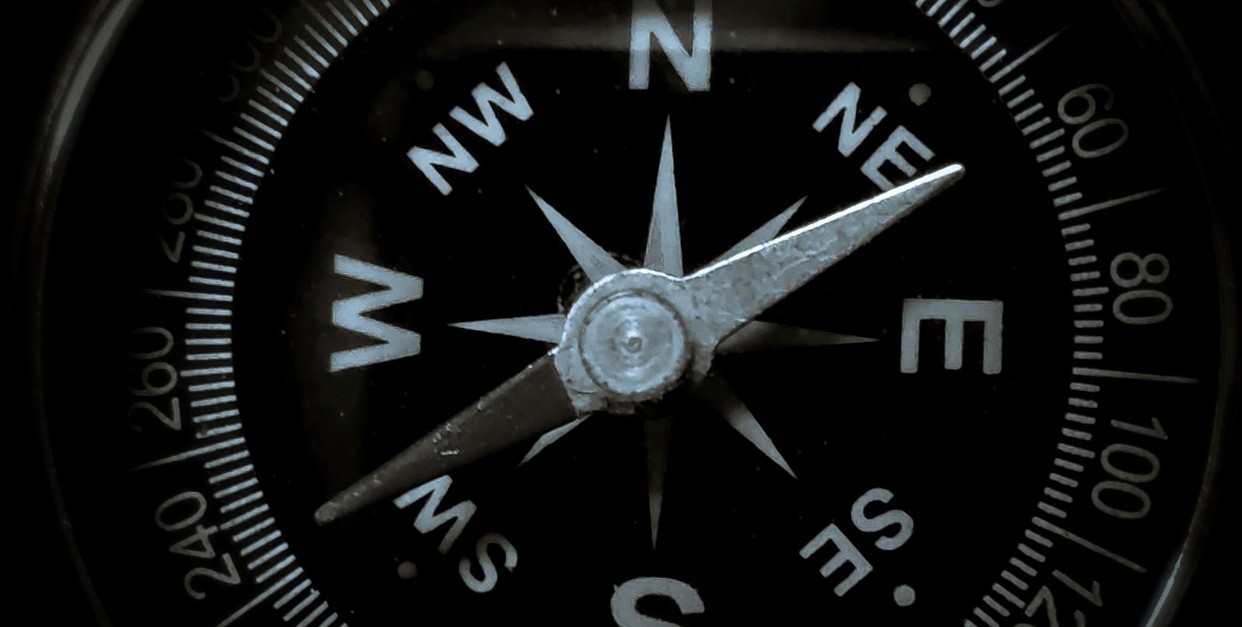 We're entering the dark days of the fourth quarter when the focus in investment banks is more typically on firing rather than hiring, and the preoccupation - aside from surviving the culls - is with bonuses for the preceding year.

In 2021, there's not much in the way of large front office job cuts. Yes, Credit Suisse is getting out of prime broking, Nomura is trimming credit traders and Natwest is pulling back from inflation derivatives, but for the most part banks have been too busy to contemplate layoffs - particularly in M&A and capital markets. As we reported in October, Goldman Sachs' annual cull of its bottom performers is postponed this year.

If banks aren't firing, are they still hiring? After a year of booming revenues in areas like M&A, hiring in these areas is still just as active as before. "Most who are recruiting want people to start ASAP. They would rather lock them in now compared with waiting even if it means “buying out” a large bonus," one New York investment banking recruiter told us last week.

While most banks are open to recruiting M&A and equity capital markets bankers at all levels, however, there are also bank-specific permutations to hiring in Q4 and early 2022. Below is what we know about banks' differing strategies as the year ends.

Tom Montag is retiring from Bank of America after 13 years running the sales and trading division and investment banking business, but BofA says it won't be pulling back when he goes. CEO Brian Moynihan said yesterday that the capital markets franchise requires "hundreds of millions of dollars a year" in investment, but that BofA plans to keep making this.

BofA has given little indication on exactly where this investment will go in 2022, but Moynihan said in October that recent investments in middle market investment banking have borne fruit and that the bank now has 300 new clients in this area. Finance chief Paul Donofrio said the deal pipline for the fourth quarter and beyond is “very strong,” which bodes well for investment bank hiring next year.

BofA can be expected to hire for its crypto business in 2022 after launching a new digital assets research unit in October.

Barclays: Change but more of the same

Barclays has a new CEO in the form of CS Venkatakrishnan and new leadership of the investment bank in the form of Paul Compton. "Venkat" has suggested he plans to keep pursuing the existing strategy ("Our strategy is the right one, combining a leading international corporate and investment banking business...."), but as we noted earlier today, Compton is a well-known cost-cutter and the new co-head of global markets upset his team with small bonuses last year.

When he presented Barclays' Q3 results, outgoing CEO Jes Staley said he aimed to keep costs in 2021 broad inline with costs in 2020 and cited prime brokerage as an area of importance to the bank's strategy. Barclays is hiring 5,000 people for a technology campus in Glasgow. In 2021 it's been boosting its M&A business across Europe:  Barclays recently hired Davide Sala from Credit Suisse for EMEA industrials M&A and has recruited new senior bankers in Germany and Benelux.  It also spent the early part of this year adding investment bankers in the Americas.

Barclays has a history of cutting headcount in early January. With Compton in charge, the big question is whether this will happen again - and whether bonuses will fall despite strong profits in the first nine months of 2021.

BNP Paribas has its plate full with the assimilation of Deutsche Bank's prime broking division (and some trimming of existing BNP pb staff) and the expansion of its equity capital markets business after acquiring Exane.

BNP is heavily focused on growing costs more slowly than revenues, but within these constraints is busy focusing on ESG. - It's created a new Low Carbon Transition Group formed of over 250 professionals from advisory, capital markets and industry backgrounds.

BNP has also been spotted quietly hiring ex-directors in M&A and promoting them to MD. The most recent to benefit from this treatment is Kristof Kostencki, a former director at Deutsche Bank who joins as an MD in London this month.

Citi's main hiring focus now is APAC, where it plans to hire 2,300 staff for its Asian wealth franchise by 2025. 1,000 of these will be in Hong Kong. Several hundred have been added already in both Hong Kong and Singapore, with 500 bankers, advisors and front office staff added globally in wealth management in the first nine months of 2021.

It's not just wealth. CFO Mark Mason said in October that Citi also added 200 investment bankers in "high-growth" sectors this year, including tech, healthcare, fintech and financial sponsors groups. Mason added that past investment in equities talent and technology are now paying off.

Citi's big focus remains risk and controls. CEO Jane Fraser said the bank has a "multi-year plan" here and is pleased with the talent it's added so far. Data is critical. So too is governance. Citi hired thousands of risk and control professionals in 2020, and recruitment appears to be continuing.

However, Citi is also heavily focused on cost discipline. Mason said the bank generated $300-$400m of efficiencies each quarter in 2021, implying that cuts are quietly happening in the background.

Asia is the place to be at Credit Suisse: the bank is reallocating $3bn of capital from the investment bank to wealth management and APAC has been earmarked as a growth market.

The worst place to be now at Credit Suisse is the prime broking division, which is being closed (with possible implications for equities sales and trading). However, the bank is also "centralizing technology and operations functions" on a shared platform and "optimizing" its organizational structure, so expect cuts elsewhere.

Despite the cuts, Credit Suisse appears to have some big recruitment plans. It's investing in talent for technology and digital transformation. Meissner said Credit Suisse will also be hiring bankers focused on technology, industrials healthcare and areas linked to ESG.

Deutsche Bank's big focus now seems to be adding investment bankers. Henrik Johnsson, co-head of Deutsche’s investment bank in Europe, the Middle East and Africa and global co-head of capital markets told Financial News in June that the bank didn't have enough people to, "process all the client business" it was winning and that the bank had already hired around 30 senior executives across investment banking, sales and trading, and research in the UK and the U.S. in 2021 and was hiring more.

Accordingly, Deutsche has spent 2021 rebuilding its European M&A business. The past 10 months have seen 12 senior hires, mostly in London. Front office headcount in the investment bank is up by 4% this year and Reuters reports that more recruits are planned for 2022.

Drew Goldman, Deutsche's New York-based global head of investment banking coverage and advisory said the bank is only hiring nice people who aren't "disrespectful to junior staff," but these kinds of bankers appear to be hard to come by. In June, Johnson said a lot of is time was being spent on hiring: "Many people have competing offers or get bid back.”

Goldman Sachs quietly increased its headcount increased by 2,200 people between the end of June and the end of September 2021. This was the second-highest third quarter increase in the past five years. As we observed at the time, many of the new hires will have been campus recruits.

CEO David Solomon said in October that Goldman "feels good" about wage inflation in its businesses and that it's paying for performance and investing in a non-transactional client-focused markets business and growing its financing capabilities in equities and fixed income. Goldman is also focusing on cloud engineering and products like Marquee and TXB (its transaction banking platform).

The firm is doing some big hiring in China, where it's in the process of hiring 320 staff, including 70 to focus on investment banking coverage. The private markets business is also earmarked for expansion.

JPMorgan has also been growing headcount in its investment bank this year. In April 2021, Financial News reported that JPMorgan was hiring 190 junior bankers. Headcount in the corporate and investment bank rose by 3,600 people between March and September, an increase the bank said was down to a combination of "technology and front office hires."

More specifically, JPM says it's "building out" its ESG research team. It's also been spotted doing some big hiring for blockchain and crypto related roles, where it has 102 jobs open. It's also looking at acquiring fintechs as a way of adding technology expertise.

HSBC is still has costs to cut. When it reported its third quarter results, it said had extracted just $2.6bn of the $4.5bn of costs it wants to remove by 2022 and that costs in the global banking and markets division were down just 1%.

At the same time, however, the bank is doing some big hiring in Chinese wealth management, where it now wants to recruit 700 personal wealth planners insted of the 550 it originally envisaged. It's also expanding onshore private bankers in China from 20 to 64 and thinking of getting back into the Indian private banking market.

Away from wealth management, Hong Kong equities looks like the place to be at HSBC.

Morgan Stanley doesn't give much away when it comes to hiring plans. However, CFO Sharon Yeshaya said in October that financial sponsors is an area of strong activity, implying that this may be an area of ongoing focus. In London, the bank has been expanding its strategic equity solutions team under Sam Losada, who was hired from BofA in 2020. It's also been quietly building out its business in Paris.

2021 has not been a good year for Nomura. First it lost $2.9bn on Archegos Capital Management. Then it suffered a  $345m writedown by virtue of a US transaction years ago.

In the circumstances, it appears more in the mood for firing than hiring and is pulling back from investment grade credit trading and emerging market corporate bonds and loans in London.

Nonetheless, hiring is happening too. Financial News reported in October that Nomura wanted to hire 50 analysts and associates for its investment bank before the year end.

UBS: All about agile

As we reported last month, UBS's overriding priority now appears to be becoming agile and therefore anyone with agile experience will surely be a strong addition to its team.

Alongside its focus on agile, data, technology and digital transformation and moving technology to the cloud, UBS says it's also all about sustainable finance and private markets as 2021 draws to a close.

Photo by Sunil Ray on Unsplash