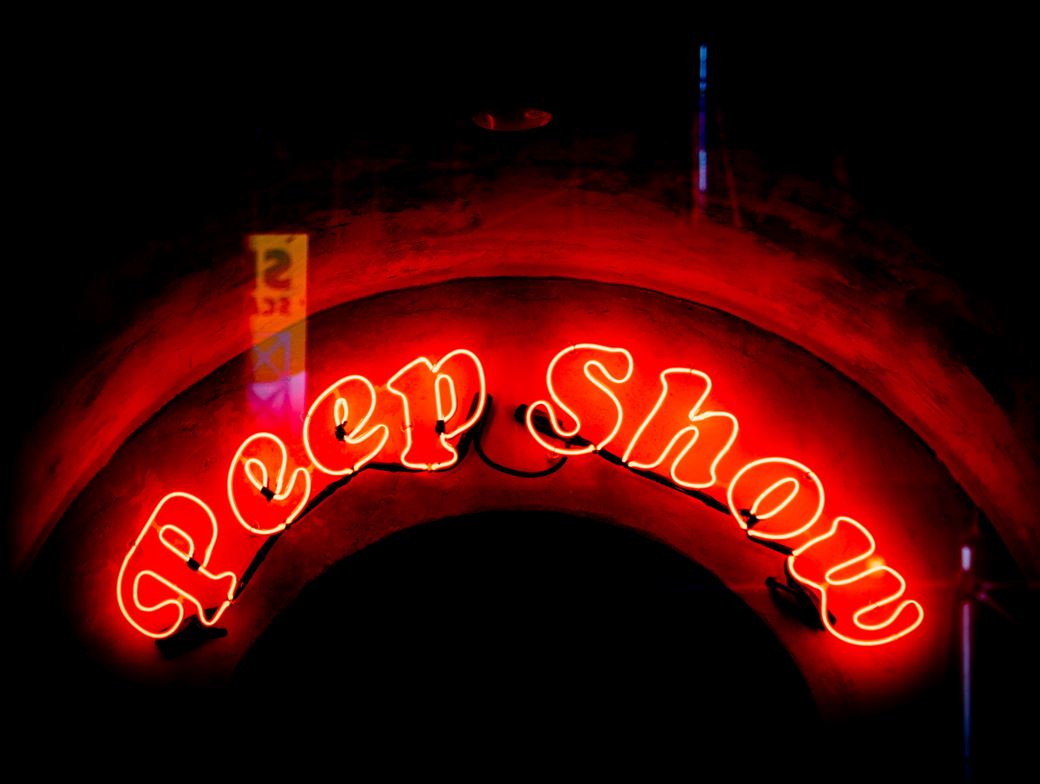 One week after it emerged that some of Deutsche Bank's most senior SPAC bankers in New York were fired for trying to expense a trip to a strip joint, events surrounding the incident are becoming more clear.

The New York Post reports that Ben Darsney, head of equity capital markets in the Americas and Ravi Raghunathan, a managing director on his team, selected Sapphire New York as their chosen destination. The club, which offers a $683 corporate package including a table for five next to the "main floor', plus drinks and food, also operates a steak house. Its non-steak specialty is a “body sushi” experience, where patrons can eat raw fish off an exotic dancer’s body.

Darsney (who was married as an associate) and Raghunathan seemingly visited Sapphire with several others.  Bloomberg reported that Brandon Sun, a director, and Daniel Gaona, an associate, were also fired. However, the New York Post says that one junior who made the trip kept his job. While the managing directors and others were insisting that they'd simply expensed an innocuous steak dinner, this junior admitted that they'd actually attended a strip joint and expressed contrition. This truthfulness was rewarded, while at least one of those let go was fired simply for the cover-up and didn't even watch the dancing.

It's not clear who this junior is, but you can bet that he's not popular with Darsney and Raghunathan, who will likely have had all their recent unvested bonuses clawed back by virtue of their misbehaviour. Senior managers at Deutsche Bank have at least 60% of all bonuses over €500k deferred for between three and five years, and historically Deutsche's most senior staff had the entirety of their bonuses deferred for an entire five-year period. As a result, one insider estimates that Darsney and Raghunathan will have left a combined $6m in unvested deferred bonuses on the table.

This looks like an expensive mistake, particularly as new jobs in equity capital markets won't be easy to find in the current market (although they could always try Jefferies, which was willing to give Sage Kelly a second chance). Meanwhile, any future MDs working with the contrite junior will be sure to be on their best behaviour, although he's unlikely to be the first choice for some teams.

Separately, Goldman Sachs isn't just asking nicely that its employees return to the office, it's also backing up its return to office request with surveillance apparatus monitoring who's been in and who has not.

Following suggestions that Goldman juniors had been saying some very rude things about their mandatory return to the office, Business Insider spoke to a few Goldman people to find out quite how disgruntled they are really. It found that Goldman isn't making its people come in five days a week as per the edicts of CEO David Solomon, who himself frequented the office even in the depths of the early pandemic, but is making people come in at least three days a week. And this is not really up for negotiation.

“They’re definitely watching the swipes," one Goldman junior told Business Insider. "If you aren’t in more than three or four times a week, you’ll get a call from the business leaders reminding you of the expectation to be in the office.” A GS asset manager junior confirmed the situation: “We were told that from now on, every time we scan into the office, it’s going to be tracking when we’re coming in.”

Goldman juniors aren't keen on being tracked like this. One told Business Insider he's afflicted by an "uneasy feeling" as a result, and that it's like "going back to high school." However, it's not quite as bad as that. It also transpires that Goldman is pretty lax about the time it requires its junior employees to turn up in the mornings and is cool with them arriving up until 10am. No one mentions this as a plus point to Business Insider, though, possibly because they've been working until 2am the night before.

ECM bankers fretting about what comes next after their fees fall 90%. "There's already pressure on the expenses side with investments in tech and big bonuses. So the usual first step is lowering the bonus pool, and if it continues, then the cuts will come." (Business Insider)

SocGen is temporarily relocating at least a dozen traders from Hong Kong to Singapore. (Bloomberg)

Shanghai traders who are camping in the office because of the COVID lockdown are struggling to maintain personal hygiene standards. In some cases more than 20 people are sharing an office with no showers. (Bloomberg)

An electronic trading associate at Citadel Securities can expect a salary of $150k. (Business Insider)

RBC has acquired Brewin Dolphin in London and is likely going to cut jobs as it shaves up to a fifth of its costs through combining back-office staff and tech systems. (Financial Times)

BNP Paribas may have to pay a €250m fine linked to Swiss-franc mortgages marketed between 2008 and 2009. (Bloomberg)

Male underwear sales are a leading indicator of a recession because men only buy new underwear when they're feeling flush. (CNN)

People were able to guess the owner of a heartbeat just by watching a 10-second video of their face. (Vice)

Click here to create a profile on eFinancialCareers. Make yourself visible to recruiters hiring for jobs in technology and finance.

Photo by the blowup on Unsplash